skip to main | skip to sidebar

Brooklyn According to "Big Rich" 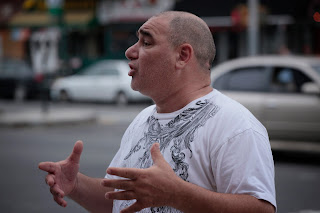 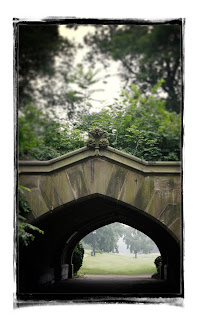 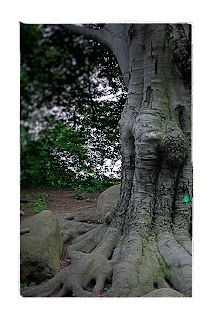 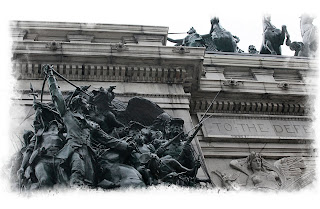 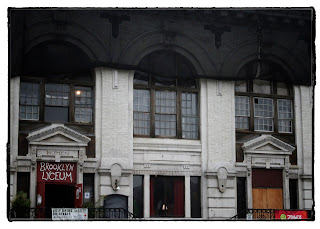 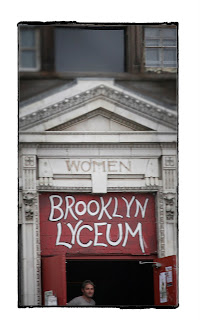 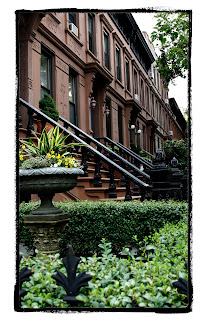 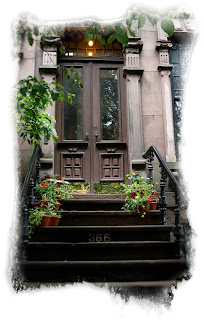 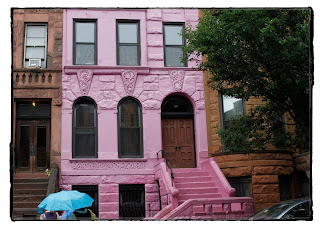 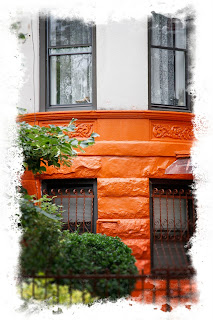 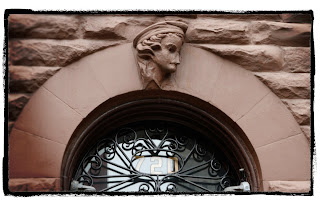 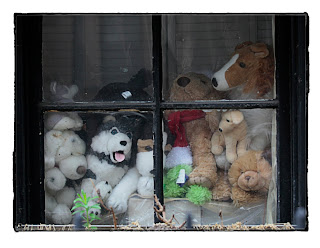 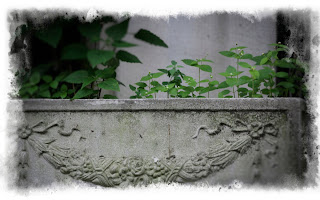 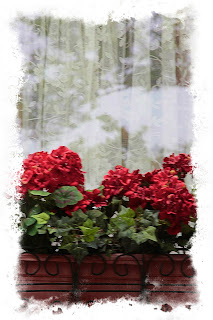 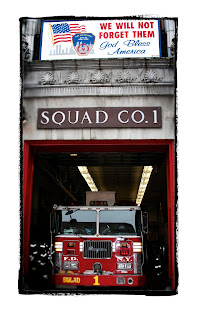 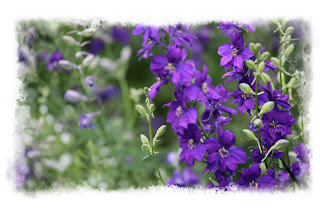 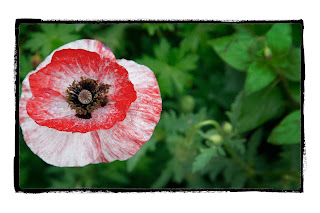 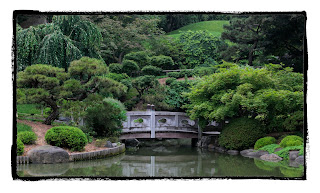 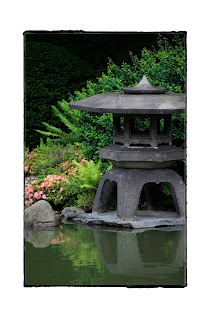 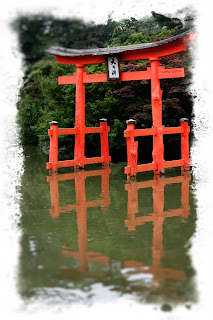 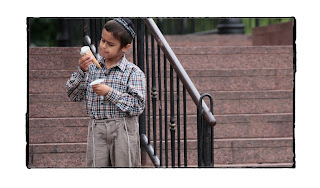 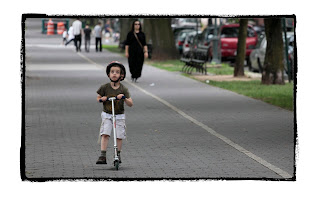 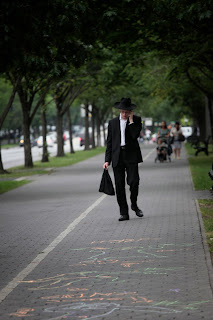 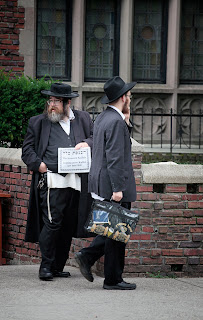 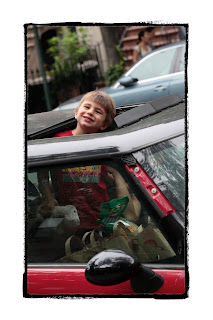 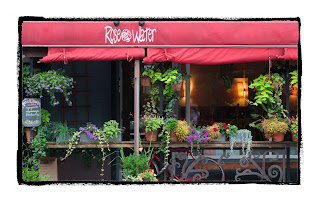 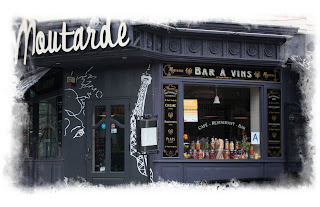 According to TripAdvisor, (May 2010) "A Tour Grows in Brooklyn is the #1 attraction." After a two hour drive, I can honestly say that "Big Rich" did not disappoint! He is a survivor. After being laid off from Wall Street, within a day, he was planning his tours. Living all of his 45 years in Brooklyn, he knows it all so well. He is a master of the small, behind the scenes details which I really enjoyed hearing about. He must have read every book published on the history of Brooklyn! We walked past Al Capone's homes, heard about the public bath house of the early 1900's which now is the Brooklyn Lyceum, home to artists and musicians. This three hour tour takes the visitor to the Arch of Grand Army Plaza, resembling the Arc de Triomphe in Paris. This iconic monument serves as the entrance to Prospect Park, which features the oldest bridge in Brooklyn as well as the longest meadow of any park in America. Our walk took us past beautiful and unusual architecture, the brownstone homes and gentrified neighborhoods. The tour ended on a high note over a slice of pizza! We then took refuge from the rain in the Brooklyn Botanical Gardens and the Japanese Garden was such a peace-filled sanctuary on this 52 acre haven. We continued our on foot exploration and ended up in the Hasidic neighborhood of Crown Heights, the home of the worldwide Lubavitch movement. For dinner, we could not pass up the wonderful array of restaurants on 5th Ave. in the Park Slope neighborhood and landed at Moutarde, the popular French bistro featured in the movie, Julie & Julia. A perfect way to end the day...wonderful conversation and delicious food to accompany, "A Votre Sante'"!
Posted by Frances Schwabenland Photography at 3:25 PM 2 comments: Links to this post

The Influence of a Father 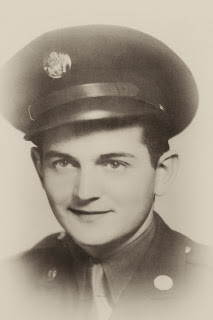 I spent most of the day painting my porch. Each step of the way, I was remembering all my father did when he was painting...how to prepare, how to clean the top of the paint can and brushes, etc. and how often through the years, I did the same things without even thinking twice.

My father was the strong and silent type. I used to love it when I could make him laugh! I was fortunate to grow up in a family of storytellers so I was able to know my father's heart as a young man on.
My grandfather died suddently when my dad was 14 so he had to leave school and help run the family butcher shop at the Reading Terminal Market. My grandmother had no money to pay for the funeral because it was during the depression but all the vendors at the Market took up a collection for the family. This had a very long lasting effect on my father. I grew up watching this man sharing so generously...time, money...whatever was needed, he was there.

He enlisted in the army during WWII and was stationed in California. At the age of 21, my mother travelled cross country to marry him. I have the letters he wrote to her every day until she was able to go to him..reading them is a sacred glimpse into a young man who was so in love and concerned about the world. I would read them on the same day and month, just 68 years later and felt like the time traveller...I knew the answers to all of his questions...I knew he would have the children he hoped for, I knew my mother would get there and I knew he would never be sent to Normandy.

My father was always there for me. He enveloped me with his hugs. When I turned 16 and started driving, he woke me up one night and took me outside to change a tire...mind you it didn't need it, he just wanted me to be prepared day and night in case I ever found myself with a flat. (It took me a few years to fully appreciate that one!). He loved to fish very late at night and would talk about how much he enjoyed just being still and listening to the sounds of nature. When my mother became very ill, he kept us all going, putting aside his worries and grief. After she died, his heart was literally broken. He died soon after from a heart attack on what would have been their 39th wedding anniversary. Unbeknownst to my brothers and sisters and I, he had written us a letter to be read right before his funeral. As a father, he was still sending us his deep love and guidance and wanted us to know he would always be with us. I had him for a brief 25 years and yet, his influence is still keenly felt. Fatherhood was his highest calling and he so honored it. I was blessed with this incredible man's unconditonal love and I will forever be grateful.